The different compulsory sticker, the race numbers and the pilot's name (space 1) were given by the organization after the technical verifications of the first race. Spaces marked 2 were free for the contestants. 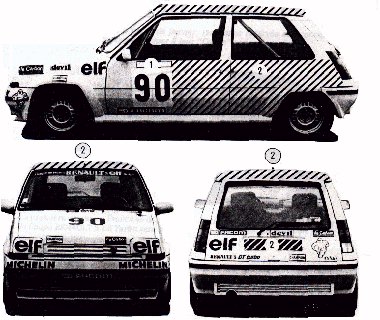